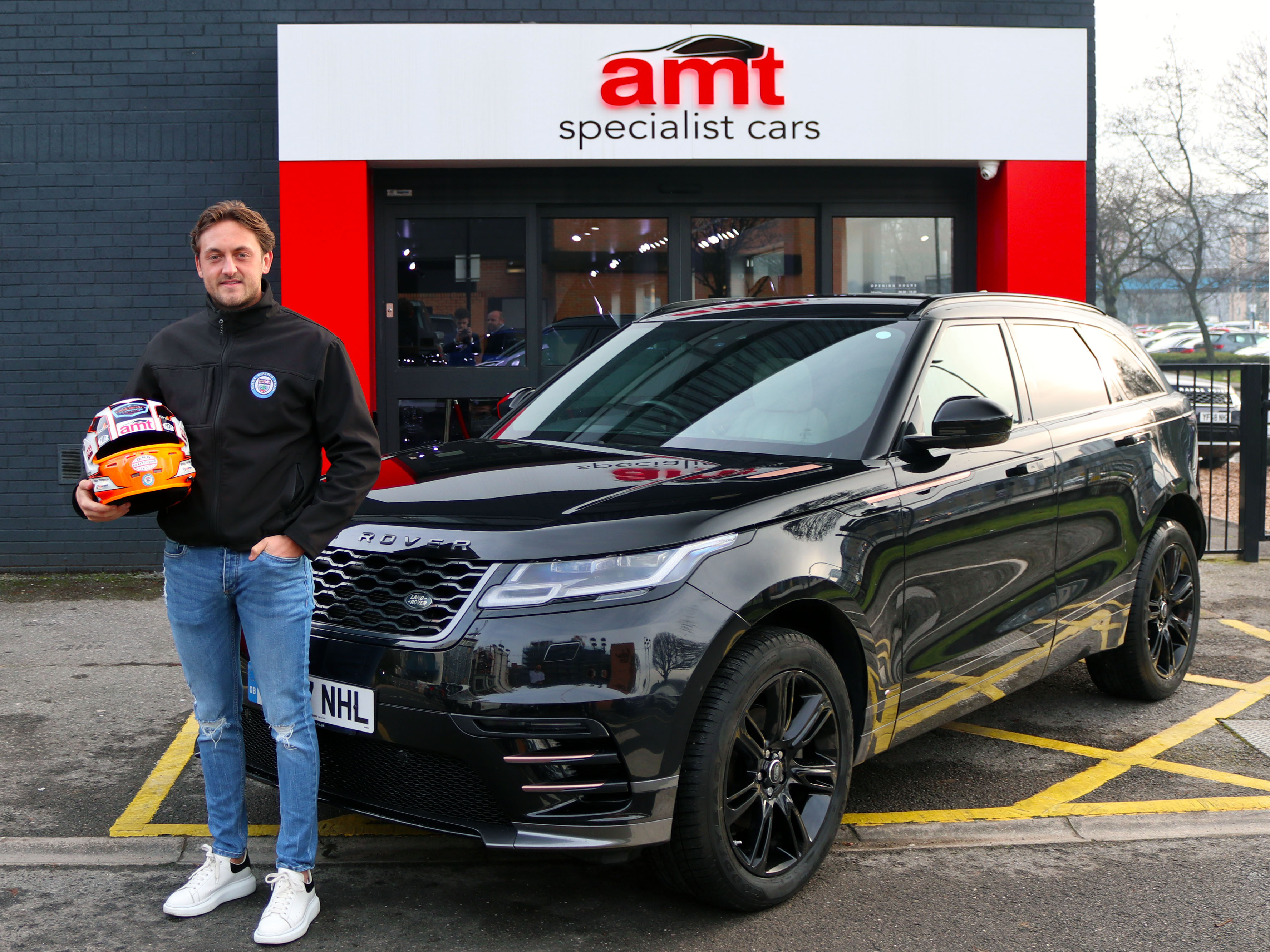 After a successful first year partnership with British Touring Car racing driver Bobby Thompson, we are delighted to announce that we’ve signed a deal to sponsor the rising star for a second year.

The Kwik Fit British Touring Car Championship is the UK’s premier motorsport championship, attracting tens of thousands of fans to each race weekend and a TV audience of over a million people – a perfect audience for AMT.

Now racing for a new team in a more competitive Audi S3, Thompson hopes to be competing regularly in the top half of the grid and is confident that a first podium is just around the corner. And the early signs following the BTCC media day at Silverstone in March are good.

“I’m delighted to be able to bring AMT Group back to the Kwik Fit MSA British Touring Car Championship again this season. AMT are a prestigious brand and see the benefits of being associated with myself and the most prestigious championship in the country. Having them as a crucial part of our team this year will be a major boost as I look for my first BTCC podium finish."

“I was invited up to the AMT Group headquarters earlier in the year where they presented me with a Range Rover Velar for the year too. The long drive to some of the Northern tracks this year is going to be more bearable and I will arrive a lot more relaxed” continued Thompson, who is one of the current crop of BRDC Rising Stars and also works as a fully qualified ARDS Race Instructor. “Everyone likes to drive in style and thanks to AMT I will be driving in style on and off the track.”

As part of our deal we will have a significant presence on Thompson’s familiar #19 car, his race suit and helmet. This is on top of another year of great business opportunities. Jonathan Pearce, Head of Marketing for AMT Group commented:

“To be supporting Bobby for a second year is testament to the relationship we have built. Having Bobby carry the AMT brand has been hugely beneficial. We have been able to reach a huge audience through the race season and even during the off season we have been able to work together positively. We know Bobby is a hugely talented driver so the opportunity to support him at his new team was an easy decision for us and we are confident that, in his new car, we will see him challenging much further up the grid week in, week out and we can’t wait to celebrate his first podium when it happens!”

Bobby Thompson is a 23 year-old professional racing driver who is also qualified as a professional driver coach, working with motor manufacturers and established racing teams to help aspiring future racing drivers improve on their driving techniques, data analysis and driving skills. He has been racing since the age of nine and is the 2017 VW Cup Series Champion. Supporters can keep up to date with Bobby’s progress this season, through Facebook, Twitter, and Instagram and via his official website www.bobbythompsonracing.co.uk

Established in 1958 the ever popular BTCC is the UK’s longest running motorsport championship and the third longest continual running race series in the world behind the Formula One World Championship and NASCAR Cup Series. Held over ten weekends at Britain’s most popular race circuits, each one of the 30 races that make up the season is screened LIVE on ITV 4 with extensive highlights packages shown in more than 20 different countries including the United States.