There are many reasons why road accidents happen – from distracted drivers or challenging weather conditions, to engine issues or being under the influence. But while the causes of accidents vary, the consequences often remain the same.

We’ve analysed the reported road casualties and fatalities over the past five years, using government data from the Department for Transport, to predict which areas of England will be the most vulnerable to car accidents over the next year.

Although the UK has some of the strictest road safety laws, there were 25,511 serious injuries and 1,784 road deaths reported over the last year. In total, there were 160,597 casualties of all severities in reported road accidents in 2018.

Although this shows a slight decrease compared to previous years, with the rate of fatalities per billion vehicle miles having dropped by 1% from 2017, further action is clearly needed to cut the number of road accidents. 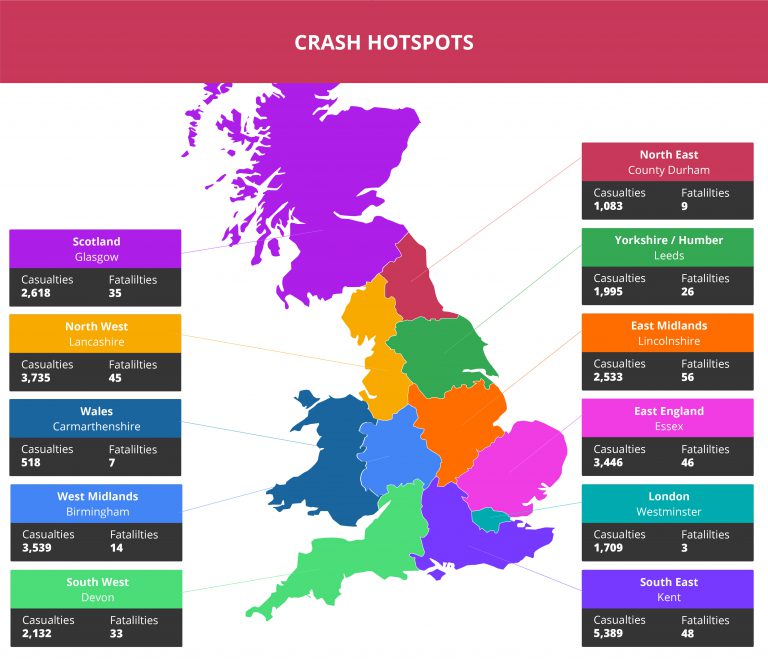 Here are some of the key points that our analysis found:

Children and young people aged 15 and under are the most vulnerable on the road, with the number of fatalities reported in 2018 showing a 27% increase on the year before. There were 1,276 serious injuries among this group reported over the same period – equating to an average of more than three per day.

Despite this, police attendance to traffic collisions has steadily dropped since 2013, with officers now attending 8% fewer fatal accidents. This drop is likely to have stemmed from an overall reduction of the police force. Between March 2010 and March 2018, police forces in England and Wales lost 21,732 officers, according to Home Office figures. 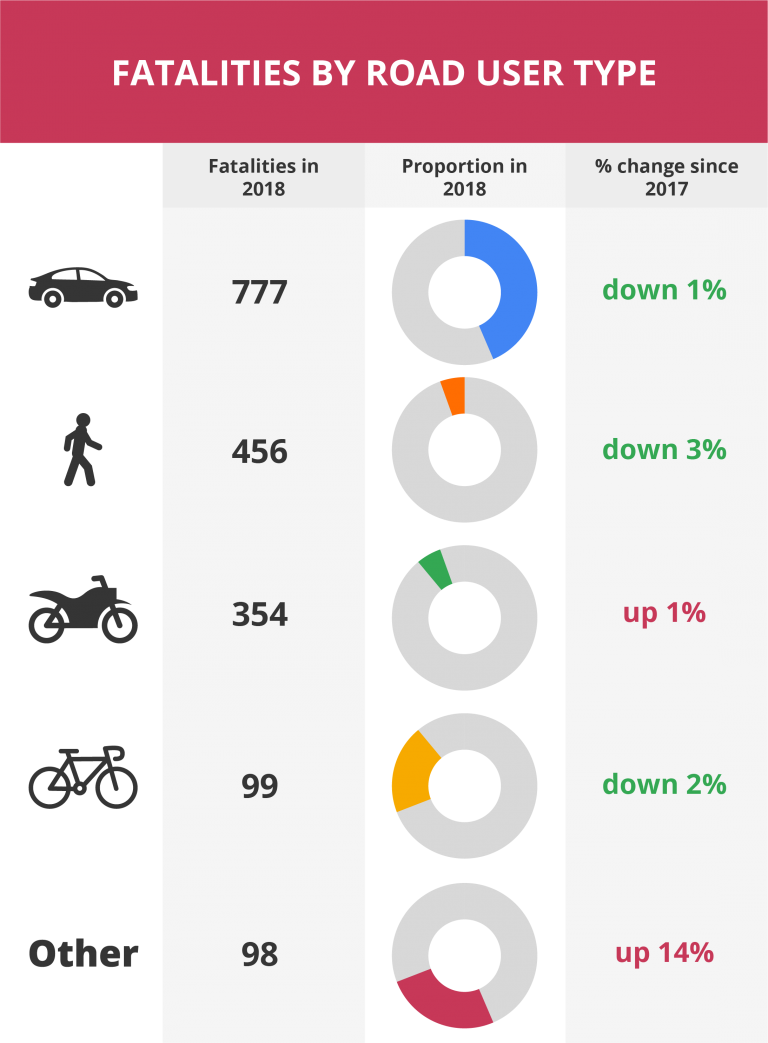 Although car occupants accounted for most road deaths, with 44% of the cases reported, motorbikes are the most dangerous transport method when passenger miles are taken into account. Motorcyclists suffered 5,686 casualties reported per billion miles in 2018, and a further 119.7 fatalities per billion miles.

There are also still more than 5,500 miles of road in Britain where drivers would find it impossible to call for help in case of a crash or breakdown, due to a lack of mobile phone coverage from any network provider, representing 2% of the length of Britain’s overall road network.

At AMT, we’re committed to providing a service that’s tailored to you. If you want to discuss the safety features of some of our most popular models, or find out more about our rental, lease, buying and selling options for both cars and commercial vehicles, contact our dedicated team today on 0113 387 4241.