Tech to keep you focused while driving 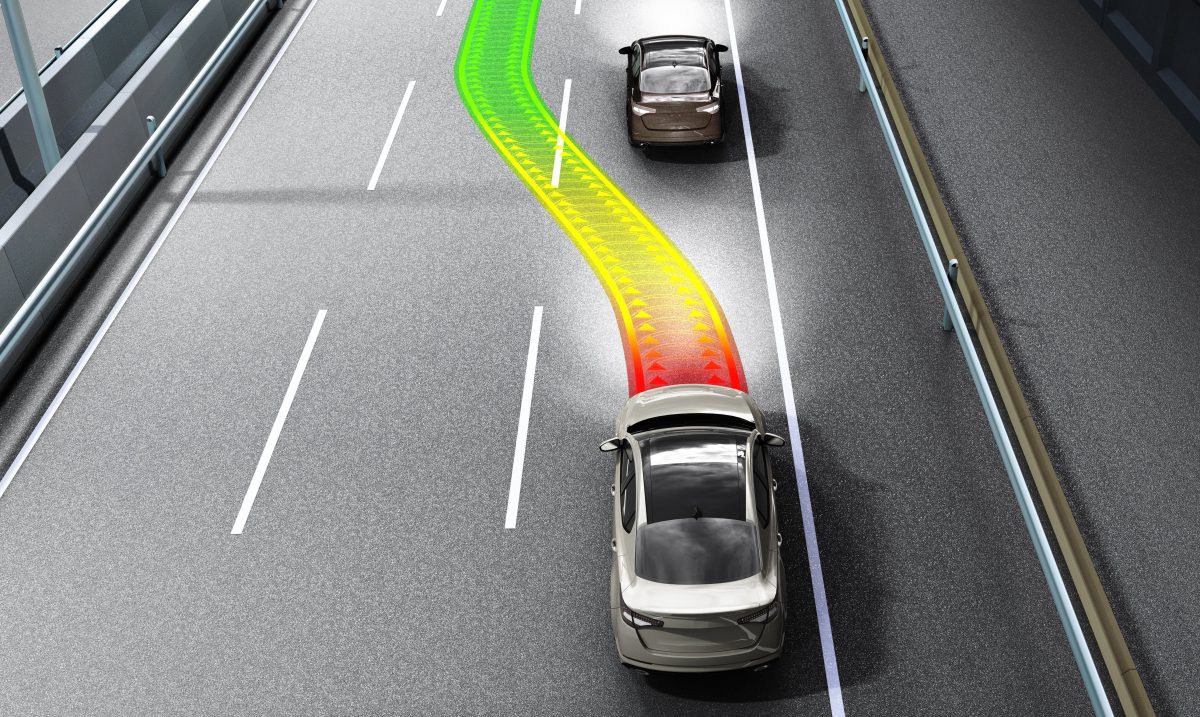 We tend to think of factors like excessive speed or being under the influence as the main reasons that car accidents are so dangerous. But in reality, the most common cause is far less conspicuous. Being distracted at the wheel dramatically increases the likelihood of being involved in an accident, to the point that it’s one of the most dangerous contributory factors. Looking down to answer the phone, reaching to pick something up, getting lost in thought and all manner of other things can contribute to you not looking properly and causing an accident.

At AMT, safety behind the wheel is paramount, so we’ve put together a guide to what technology and features are available on the market to help you keep focused while driving.

Why is it important to keep focused while driving?

Here in the UK ‘failure to look’ is recorded as the primary contributory factor in more than a quarter of fatal accidents. While not all of those will strictly be an issue of the driver being distracted, this goes a long way in illustrating the danger of being distracted while behind the wheel of a car.

The figures are worse when it comes to younger drivers too. US studies suggest that around one in five accidents involving a teen driver are caused by their use of a mobile phone while driving.

Surveys have shown that at any given time, around one in six drivers are currently doing something that could be considered distracting, such as smoking, eating, chatting, looking down at the centre console or being on the phone. And more than 70% of people admit to sometimes being distracted by doing multiple things instead of concentrating on the road ahead.

Given that distraction is such an issue, it’s no surprise that a wide range of organisations – from safety advisers to car manufacturers – have worked on developing technological solutions. As we head into the 2020s, there’s no shortage of options available.

Phones are a serious hazard while driving, and in the UK, it has been illegal to use a hand-held phone while driving since 2003. Bluetooth appeared as a solution to this early on, and it’s now a standard everyday part of car tech. It avoids the danger of looking down to answer a call by being controlled by buttons on the dashboard or steering wheel, so your eyes can remain focused on the road ahead.

However, it’s worth noting that experts still do see conversation as a potential source of distraction, whether it’s over the phone, through Bluetooth or with a passenger. Those using Bluetooth would therefore be wise to keep conversation to a minimum to ensure the safest possible driving experience.

Bluetooth is standard in most new cars but, if your car doesn’t have it, retrofit options are usually available.

In the late 1990s, high-end manufacturers like Mercedes-Benz began to introduce voice control on their cars. While this was primarily seen as a luxurious technological marvel, it is now seen more as a beneficial safety measure. One of the concerns over distracted driving is that it takes only a few seconds for a driver to have an accident after becoming distracted. And one of the things that could cause this is looking down at the centre console to make changes to the audio or climate control. Like Bluetooth, voice control helps to rectify this, but without the need to look at the dashboard at all.

When voice control was first brought in, it was capable of recognising only a couple of hundred clearly spoken words. Now however, services like Android Auto and Apple Carplay can be used with phone voice recognition to control in-car entertainment, while many cars have functionality to control other functions too.

Some technology aims to prevent you from getting distracted, and some technology attempts to reduce the risk of an accident if you do. Lane departure warnings are part of the latter category. The idea is that, if you’re distracted or tired and start to drift into another lane on either a motorway or single carriageway road without indicating, the car will warn you to correct your course. The warning can be visual, aural or even through a vibrating seat or steering wheel function.

In the most modern vehicles, autonomous technology means that a car can be prevented from drifting into another lane altogether. When the car feels that you’re seriously distracted and are going to swerve into another lane, it can adjust the steering or apply the brakes accordingly. It’s not possible to retrofit this kind of tech, but an increasing number of cars come with it as a standard safety feature.

Auto-braking, which has now been expanded into complex collision avoidance systems, was conceived more than sixty years ago, when Cadillac attempted a radar-based technology to detect oncoming obstacles. It wasn’t until 1997, however, that Toyota managed to bring the technology into the mainstream, with auto-braking as part of cruise control. Mercedes followed shortly after in its top-of-the-line S-Class.

Normal cruise control, although hugely convenient, can allow the driver to become easily distracted, as the car requires little input. By including an automatic braking system that can detect if the driver is getting too close to the car in front, usually controlled by sensors in the car’s grille, the dangers associated with a lack of concentration while cruising can be reduced. It was also an early form of automated driving – particularly useful in traffic.

Automatic braking has come a very long way since 1997, of course. It’s now no longer a feature only associated with cruise control. If a car is to achieve the highest safety rating in tests such as the EU’s Euro NCAP or the US’s NHTSA, collision avoidance is an essential system that’s ready to take control at any moment.

Head-up displays (also shortened to HUD) were first developed for use in military aircraft, but they eventually found their way into high-end cars by the late 1980s. They’re one of the most seemingly futuristic developments to combat distraction, but they’ve been a common option on premium cars for many years now.

There are actually a few different types of HUD, with the main two being systems that either reflect information off the windscreen, or display it on a piece of glass that sits in front of the windscreen. In either scenario, the idea is that important information such as speed and sat nav directions are displayed at the same level as the road and any obstacles on it. Rather than having to look down and become distracted, all the information needed is available straight ahead.

Head-up displays are actually available to purchase and retrofit – they don’t necessarily have to be pre-installed in the car, which means they’re a good option for people looking to add additional safety tech to their existing car.

The final piece of tech we’re going to look at is driver monitoring systems. This advanced technology is only around ten years old, and isn’t present in many cars yet, but could be potentially lifesaving. First developed by Toyota for its premium Lexus brand, driver monitoring uses a variety of inputs to determine if the driver is paying attention. The most notable element of this uses infrared LED cameras to monitor whether the driver’s eyes are focused on the road ahead. If they stray for too long, beeps and buzzers attempt to regain attention.

With intuitive hands-free technology becoming standard in new cars, including ConnectedDrive in the BMW 7 Series, it’s never been easier to prioritise safety when selecting your next car.

At AMT, we’re committed to providing a service that’s tailored to you. If you want to find your ideal lease car, contact our dedicated team today to discuss your lease requirements on 0113 387 4241.