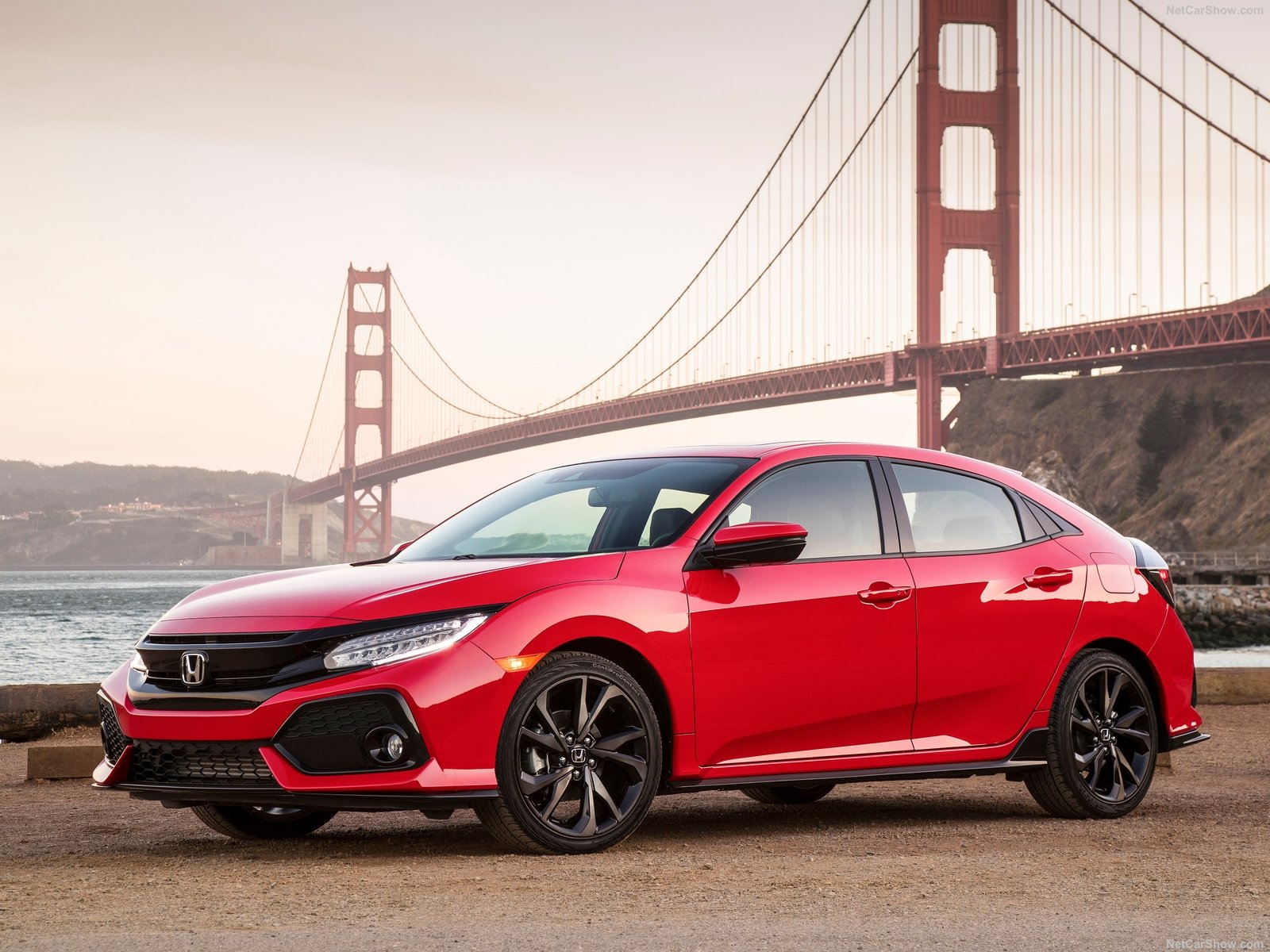 City cars are a staple on UK roads and are improving in quality all the time, with each new model designed with more practicality and personality in mind than the last. While walking, cycling or using public transport is better for the environment and therefore encouraged by many workplaces, a large proportion of us still rely on driving to get to work. In fact, in 2019, 36% of the population were car commuters, with workers spending around 400 days of their life travelling to and from work.

The time spent commuting is set to increase too – the average commute spanned just 26 minutes in 2017 and covered around 788 miles, and in 2019 it took up 58.4 minutes. Unsurprisingly, those who work in London have the longest commute at 81 minutes, with excessive travel times linked to increased stress and higher blood pressure. But one thing that would arguably make the daily slog to the office easier is doing it in a high-tech, attractive city car.

With so many city cars on the road and more set to be released over the next year, it can be difficult knowing which model is the best for you – or even what to start looking for. That’s why we’ve compiled a list of the top ten cars for commuters, based on key features like their price points, fuel economy and driver assist features.

What makes a good commuter car?

A good commuter car is one that’s compact, practical and easy to drive around town – whether it’s due to responsive driver assist technology, or competitive fuel economy. The combination of small, yet capable, engines and basic chassis set-ups mean that urban cars have always offered great value, with some better at making long-distance motorway trips than others. Regardless, all city cars have ease of driving, character and versatility as key selling points.

Here’s some of the technologies that are worth keeping an eye out for in your next car:

When buying a city car, it’s also good to look for specific safety features – particularly if you’re looking for something that doubles as a family vehicle. Some key safety features to look out for include: electronic stability control, autonomous emergency braking, isofix points, airbags, lane-keeping technology and other visibility aids. If they don’t come as standard on the entry-level models, check whether there’s a safety options pack that you can add on to your next car.

What is the best urban car for commuters?

Jaguar has a long-standing reputation for making cars that prioritise smooth handling, so it’s no surprise that the XF is one of the most exciting city cars on the market. The entry-level diesel requires a little coaxing to gain speed, but the more powerful 2.0-litre 180 diesel is the pick of the range when it comes to performance and pace. Suspension-wise, the ride is a little firm around town, but the XF excels at higher speeds when shifted through different driving modes. Comfort is also paramount in the interior, while the logical layout of the dashboard is ideal. 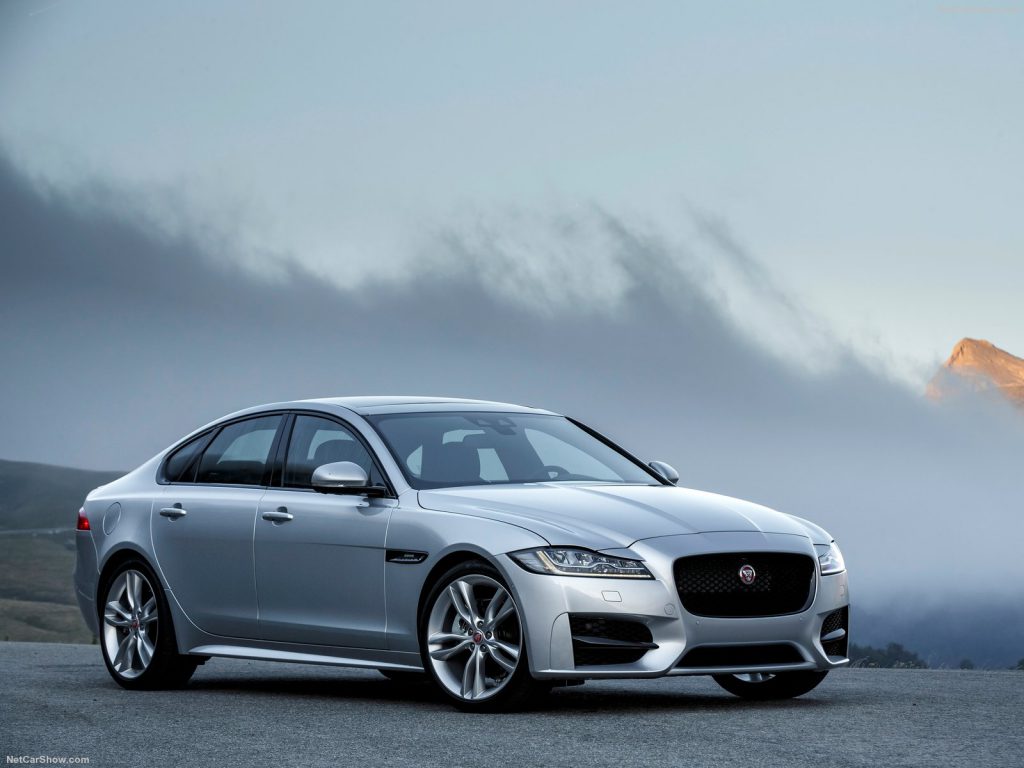 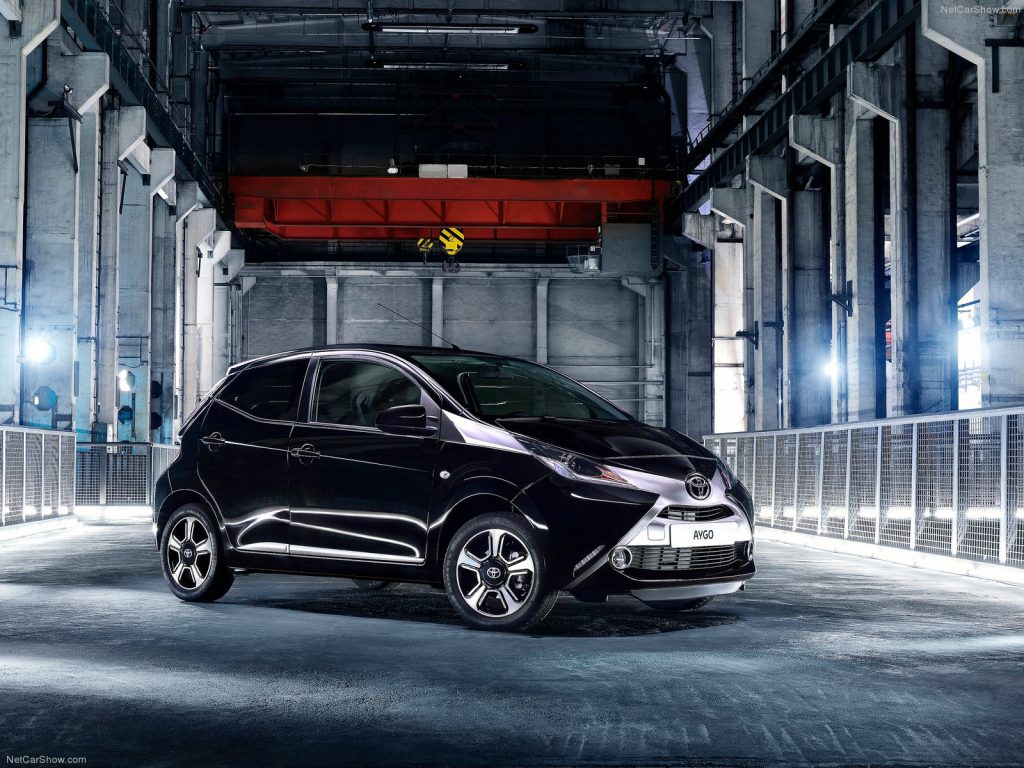 A staple on UK roads, the Toyota Aygo stands out from the crowd thanks to its dramatic styling and punchy performance. Available as either a standard three-door model or a sizable five-door vehicle, drivers can pick from five trim levels and a host of colour combinations for added personalisation. The entry-level model offers 71bhp which is more than enough for pottering around town and commuting to work, while the five-speed manual gearbox is cleverly configured to easily manage motorway stretches or steep hills.

The Audi A5 is a sleeker-looking version of the A4 saloon, and sports three different suspension options depending on which trim is selected. For those who prefer active handling and a firmer ride, sports suspension is available on the popular S Line and Black Edition trims. When it comes to engines, the entry-level diesel is nippy enough when sending power to the front wheels, while the more potent diesel benefits from Audi’s innovative quattro four-wheel-drive and an automatic gearbox as standard. There’s also a classy, minimalist interior and a host of safety assist technologies to boot. 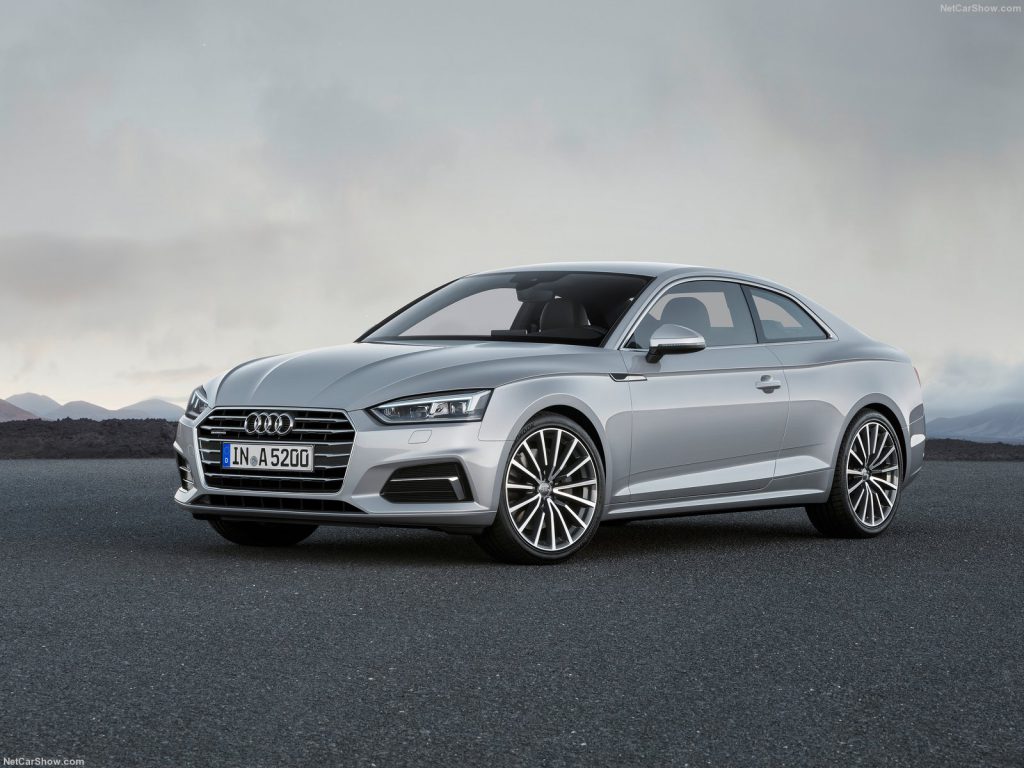 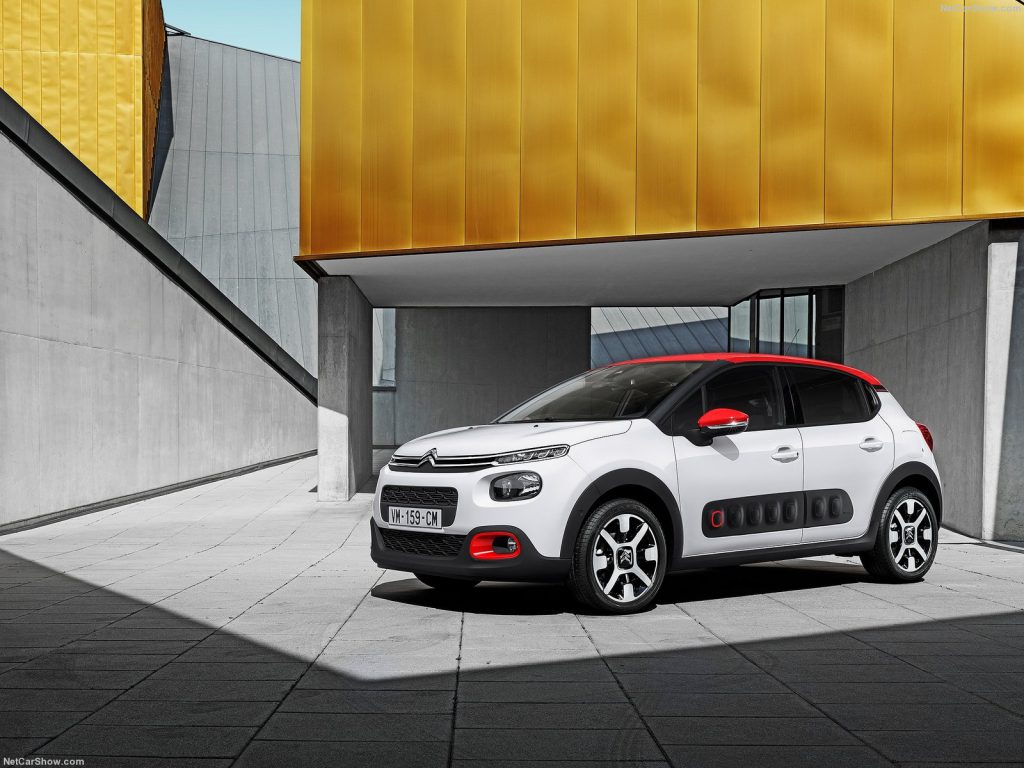 The beloved Citroen C3 takes all the elements you know and love in other small cars, and enhances them with an extrovert styling that’s sure to stop traffic around town – consisting of numerous colour combinations, quirky door mirrors and trademark air bumps. But Citroen doesn’t favour style over substance – the 108bhp 1.2-litre petrol (badged PureTech 110) is more than capable on city roads, with all models paired with a manual gearbox as standard. And that’s not all; there’s also super-soft suspension, intuitive controls and an innovative infotainment system.

It’s not a list of the best cars on the market without a mention for the VW up!. What makes the up! such a brilliant car is that it’s available as a three-door version for those who prioritise style over size, or as a five-door model for those who need some extra storage space. It’s also one of the few city cars that’s equipped with a turbocharged engine for surprising performance. Drivers can choose from a range of three-cylinder petrol engines that are available in handy stop-start form, designed to improve fuel economy and reduce CO2 emissions. 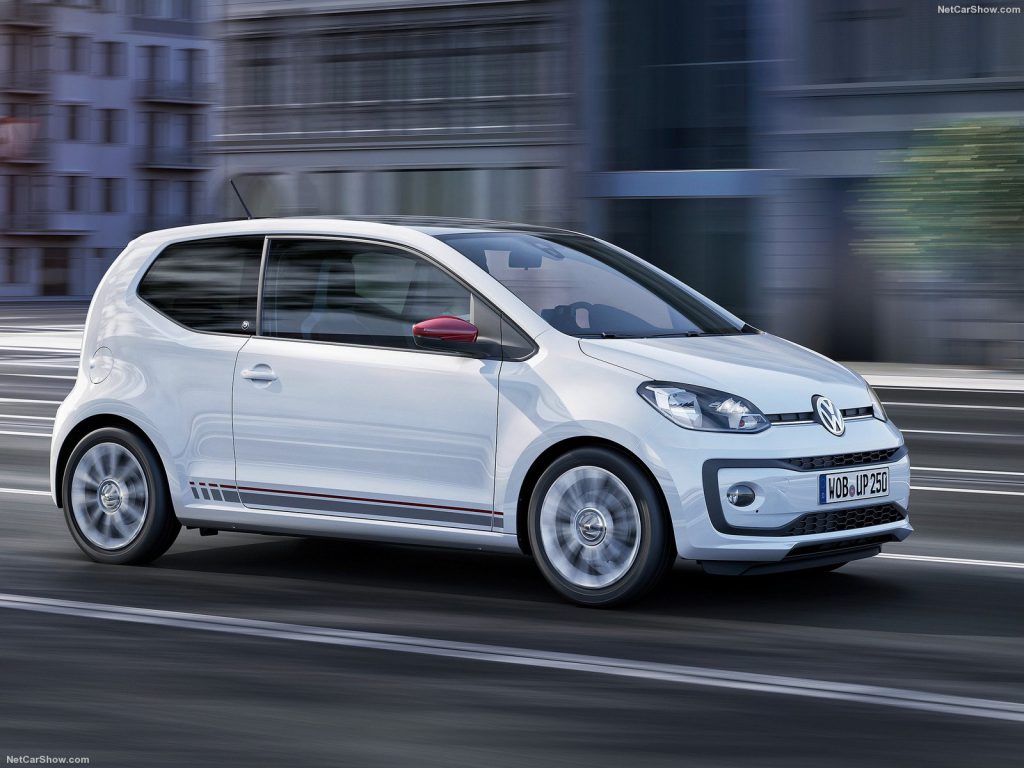 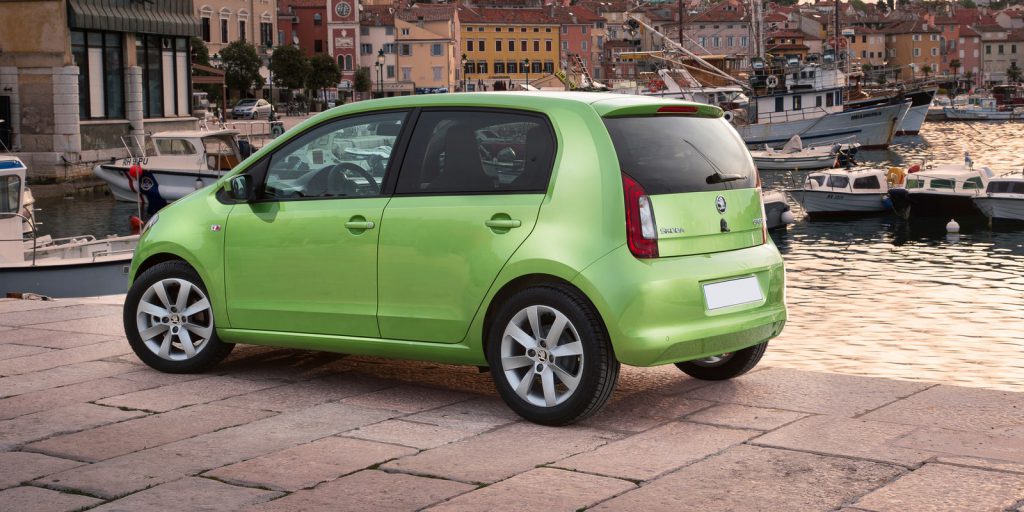 With the Citigo considered the ultimate city car by a lot of drivers in the UK, it comes as no surprise that the Citigo-e is also a winner – introducing not only a new engine, but an entirely new propulsion system. The Citigo-e utilises an 82bhp electric motor that’s powered by a 36/8kWh battery pack, which offers enough juice for 162 miles of range in official tests. There are also three driving modes – Normal, Eco and Eco+ – for added personalisation. That means it can not only easily manage motorway journeys, but it’s ideally suited to handling rush hour traffic around town.

The entry-level Kia Picanto comes with five doors as standard, so is perfect for those who like to carpool, with drivers able to choose between three punchy petrol engines and either a manual or automatic transmission. There’s also a particularly firm suspension, which allows the Picanto to corner more alertly than the majority of its rivals. 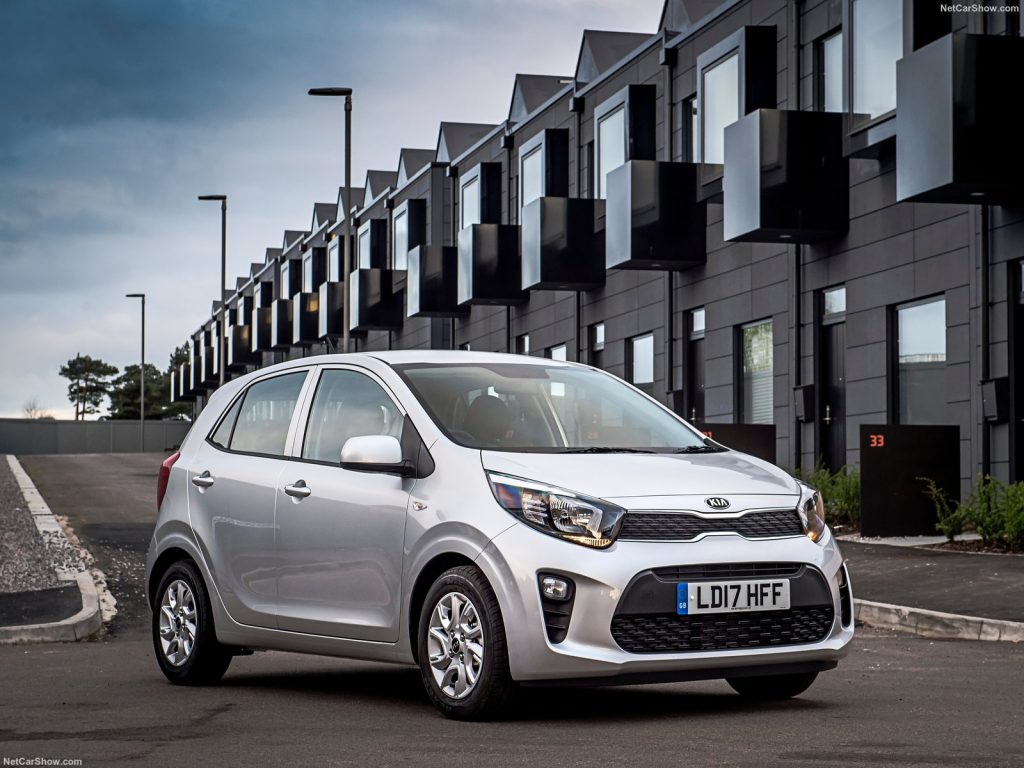 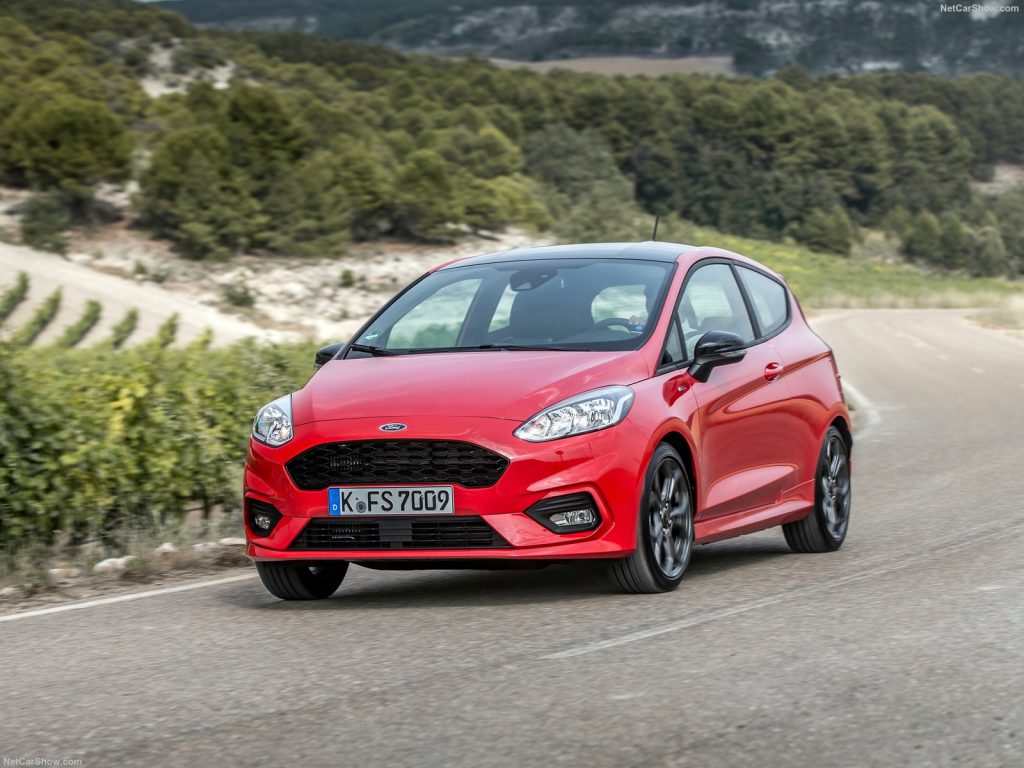 The Ford Fiesta is consistently one of the best-selling cars of the last 40 years, thanks to its practicality, reliability, and solid reputation for driver appeal. While the humble hatchback is no longer the most compact car on the road, the entry-level 1.1-litre petrol engine is more than suited to city driving. Drivers can choose either a petrol or diesel engine in a variety of outputs, while the responsive suspension helps the Fiesta combine small car enjoyment with big car sophistication – arguably the ideal combination for many business lease customers looking to impress their colleagues.

Considered one of the safest cars on the road, the fastback Peugeot 508 boasts slick styling touches like frameless side windows and eye-catching daytime running lights. It’s available as a plug-in hybrid that combines a punchy petrol engine with an efficient electric motor, and offers a range of around 39 miles, and there’s also a dynamic diesel and petrol powered variants. The 508 also benefits from the trademark i-Cockpit layout which keeps driver usability paramount, with Apple CarPlay, sat-nav and wireless charging standard across the range. 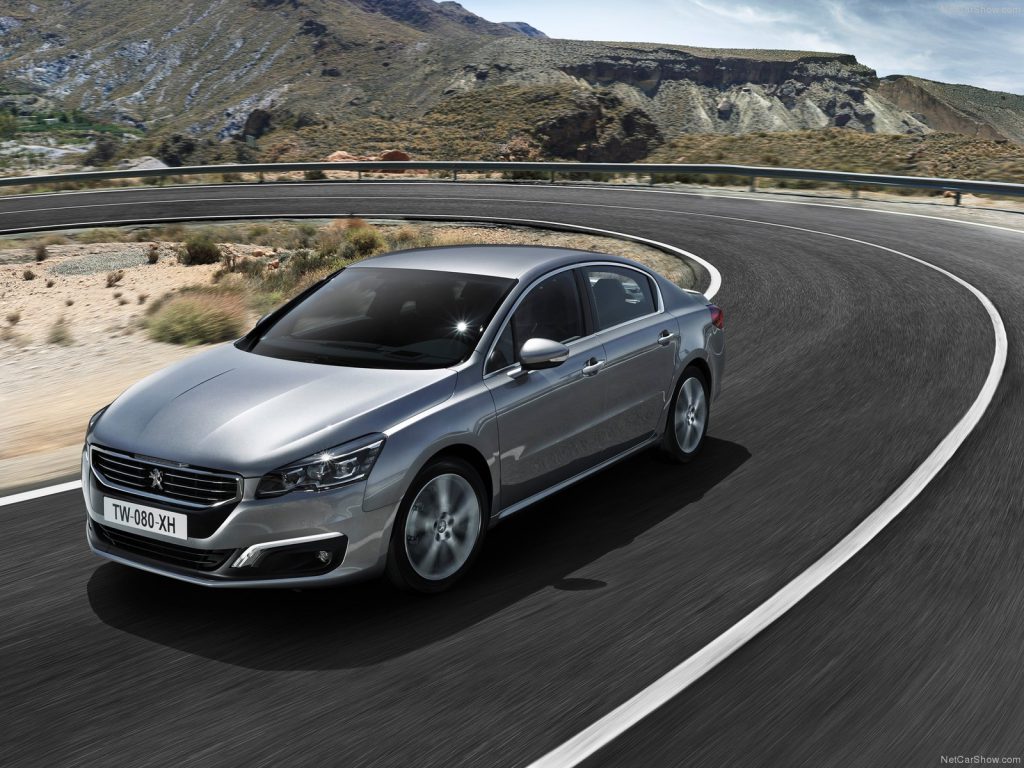 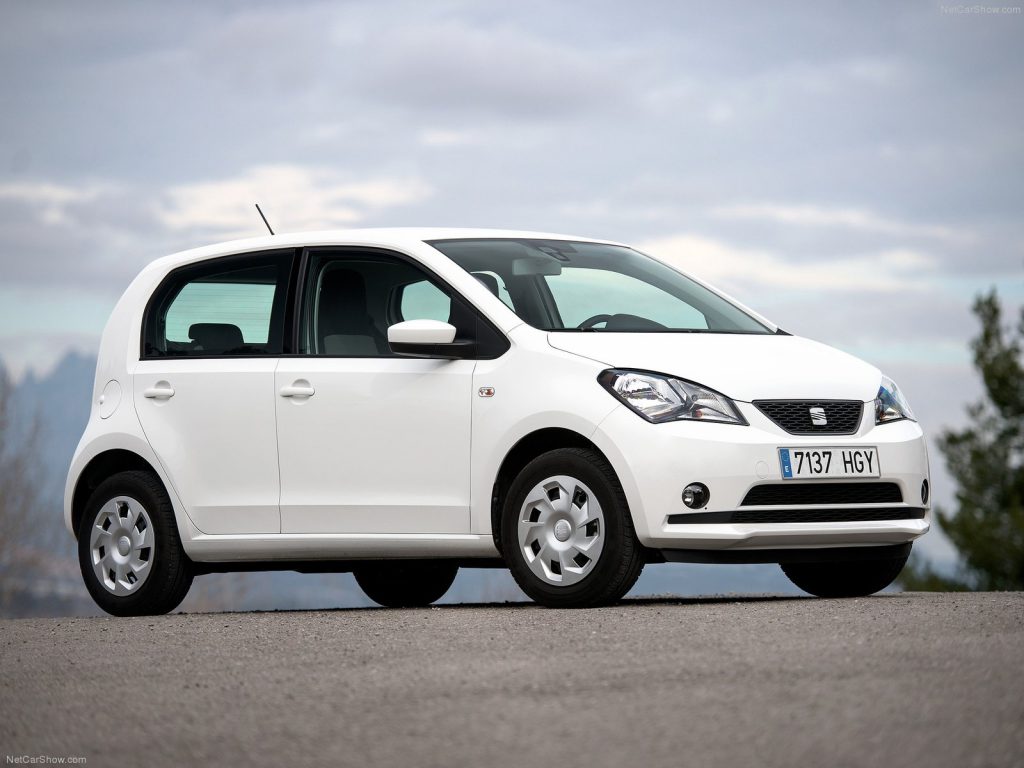 Urban drivers looking to make the switch to electric will easily be tempted to do so by the Seat Mii, which prioritises range and charging ease for added convenience. The 36.8kWh battery provides more than enough juice to cover 161 miles on a full charge, while the electric motor delivers 82bhp that can manage motorway journeys without too much stress. There are three driving modes (Normal, Eco and Eco+), as well as regenerative braking that can be easily controlled via the gear selector. Although there’s just one trim level available, it includes air conditioning, cruise control and automatic wipers as standard.

Another staple on UK roads, the latest Honda Civic boasts a stylish revamped interior and improved refinement, with drivers able to choose between two petrol engines and one diesel variant. There are a staggering seven trim levels to choose from, meaning there’s equipment and features that are designed to suit most drivers. Comfort is paramount on the interior as the steering wheel offers plenty of adjustment, and crucial safety features like a reversing camera and rear parking are standard on the lower trims. 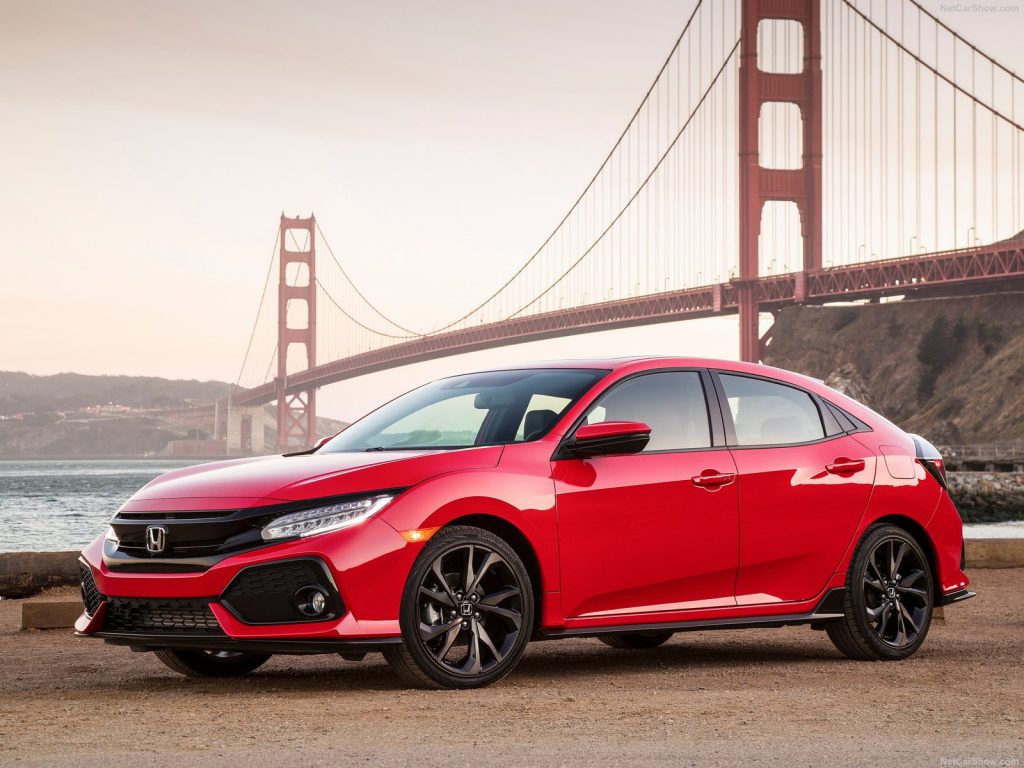 In summary, the city car class is so densely populated with safe, reliable and popular models that you can’t really go wrong. If you’re happy with your current car but want to improve the reliability during rush hour on your daily commute, you may want to take a look at our blog post on tech that keeps you focused while driving.

At AMT, we’re committed to providing a service that’s tailored to you. If you want to find your ideal lease car, contact our dedicated team today to discuss your lease requirements on 0113 387 4241.