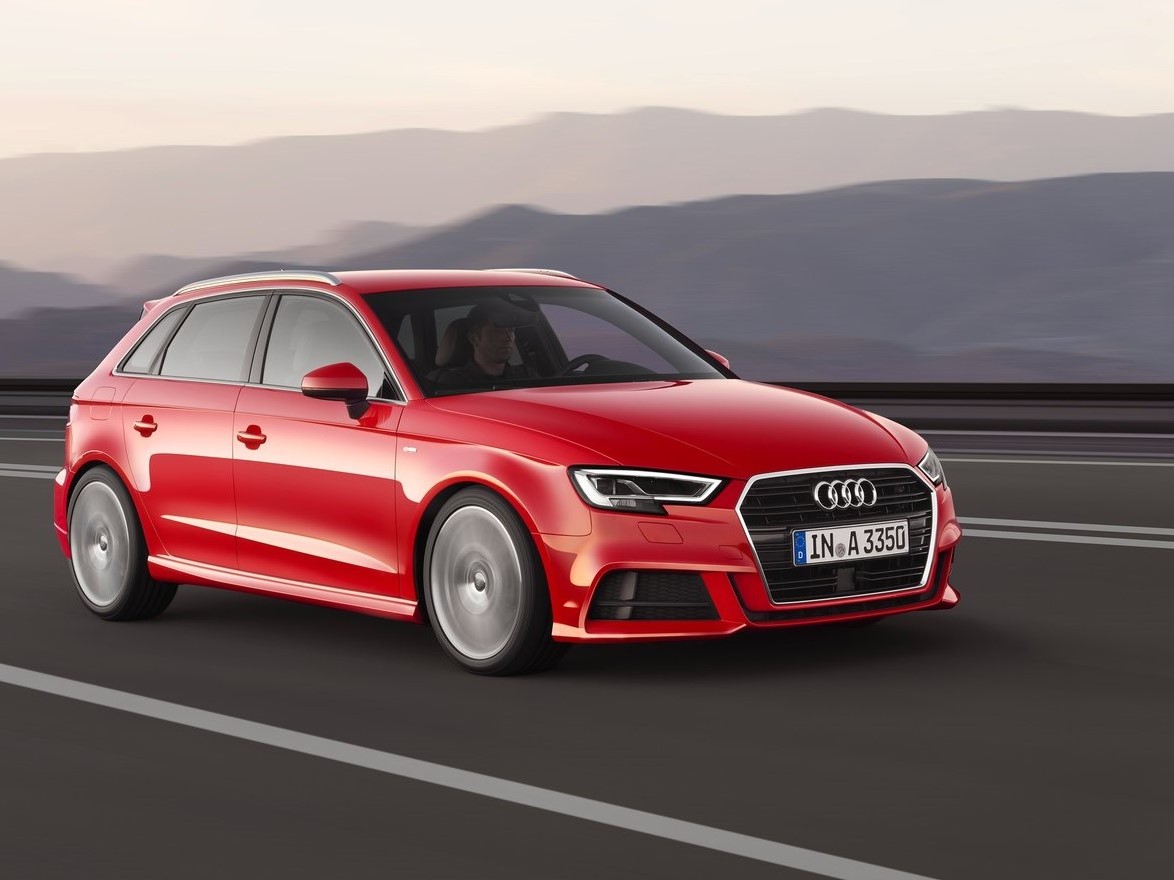 True car enthusiasts know that German cars are synonymous with sensational build quality, exceptional engineering and high-tech interiors. This is largely due to the heritage behind German manufacturing – Karl Benz, the founder of Mercedes-Benz, invented the car in 1885, while Volkswagen created the behemoth Beetle during the fallout of World War II. German manufacturers then came to the UK, starting with VW in 1953 – in fact, the Golf has been on the scene since 1974.

The only issue with German manufacturers being renowned for their quality is that there’s more appealing cars on the market to choose from than ever before. At AMT, we know it can be tricky finding your perfect lease car, so we’ve looked at which German cars are the best – and why – to try make your decision easier.

Who are the biggest German brands?

German cars have seen a resurgence in popularity in recent years among younger drivers, thanks to the perception of quality, innovation and luxury. All three are evident in the ‘big three’ – Audi, Mercedes and BMW – which have come on leaps and bounds recently with their respective forays in the all-electric vehicle market. Technically, Volkswagen is up there too when it comes to notable brands; the Volkswagen Group is one of the biggest motoring groups in the world, and is the parent company to Audi, Porsche, SEAT, Bentley, Lamborghini and Bugatti – to name just a few.

VW dominates the European car market, but is closely followed by Mercedes-Benz – the world’s oldest car manufacturer. As the literal inventor of petrol-powered cars, Mercedes has produced an exceptional range of luxury vehicles including the C-Class, E-Class and sophisticated S-Class. The brand was responsible for a staggering number of luxury vehicle sales last year, making it the largest prestigious car provider in the world.

Next up is BMW; founded in 1916, BMW is known for luxury high-performance cars that put the driver first. The brand is also known for its contribution to motorsport, with the most notable offerings being in Formula One, Le Mans and popular Endurance Series races. It also currently operates in the increasingly-popular Formula E, representing its commitment to EV development.

The last of the big three is Audi, which is renowned for next-level technological advancements and top-of-the-line interiors. Audi’s Virtual Cockpit really changed the game, and the ‘80s rallying sensation that was the Audi Quattro revolutionised the sport with four-wheel-drive, and popularised its use in road cars. There’s an immense range of SUVs, coupes and hatchbacks in the Audi range, so you’re really spoilt for choice.

What is the best German car?

German cars are so good because they’re designed with European roads in mind, and that’s why they’re praised for their exceptional handling, forward-thinking driver-assist systems and economical engines. But German cars weren’t always the best – Audi was initially associated with rallying and rough off-roading before making the move into the luxury market, with newer models tending to have an improved road presence thanks to their prominent styling. Some of the best German cars available on the market today encompass all of this and much more. Here’s our top picks:

You’d be hard-pressed to find any sort of roundup of the best cars without finding mention of the Volkswagen Golf. Now in its eighth generation, the Golf has been arguably one of the most iconic family cars on UK roads since it first hit the scene in 1974. The latest iteration keeps the strong styling and practicality of the classic model, but adds mild-hybrid assistance and an intuitive infotainment system for next-level connectivity. Drivers can choose between various efficient petrol and diesel engines with outputs that range between 114bhp to 148bhp, and there’s also the electric e-Golf. 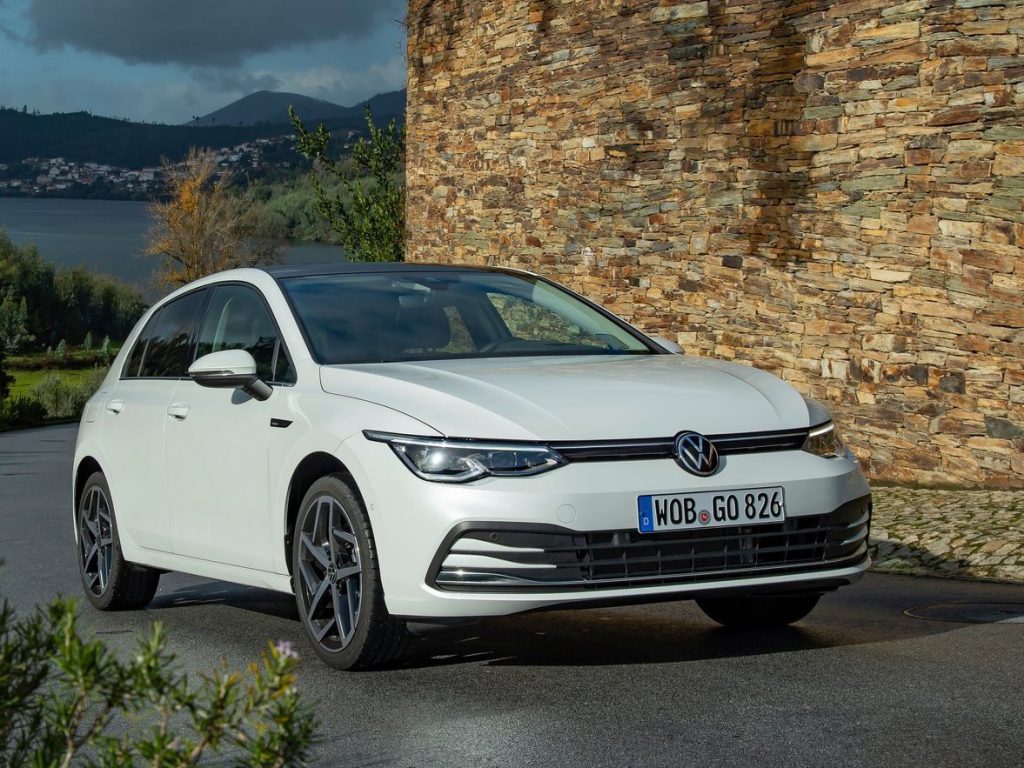 As one of the most established models in the compact executive car class, the C-Class offers a wide range of equipment even with the entry-level trim, including plush leather upholstery, four-way lumbar adjustment and an intuitive 12.3-inch digital display. Safety remains paramount, with a rear-view camera fitted to every model and a self-parking system standard from the mid-level trim upwards. Although a C-Class is one of the pricier small executive cars, it boasts impressive fuel economy across the range – particularly when its diesel engine is teamed with an electric motor in the EV variant. 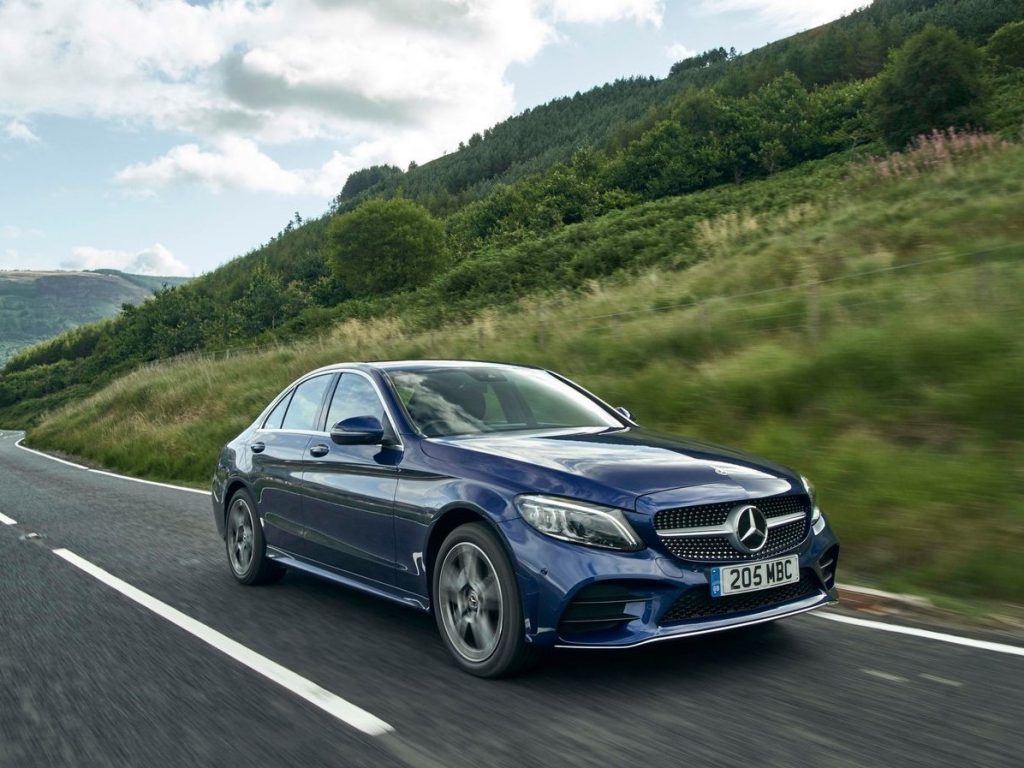 If you liked the sound of the VW Golf, you’ll like the A3. The two share similar mechanics and components, but the A3 benefits from a more luxurious feel with a high-quality interior and sophisticated styling. Audi is renowned for creating beautiful interiors – complimented in the A3 by adjustable lumbar support across the range, plush fabrics and a touchscreen MMI infotainment system. All versions come equipped with sat-nav, DAB radio, Bluetooth and smartphone mirroring, with a wide options list providing plenty of opportunity for personalisation. 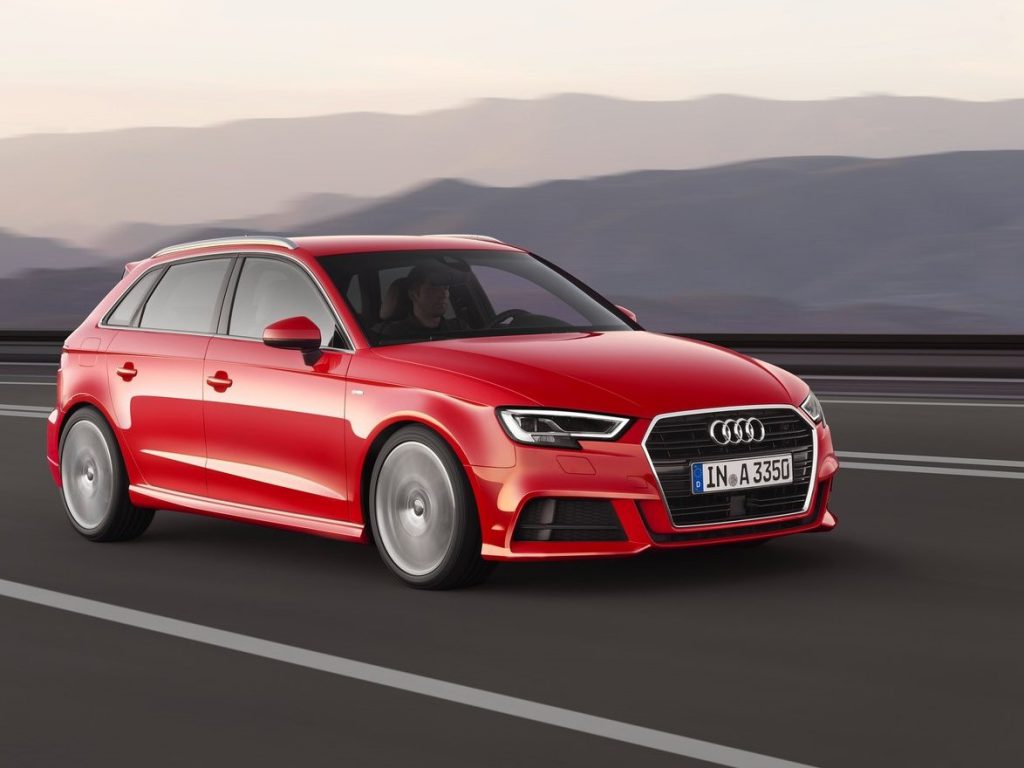 The Macan and Cayenne were the top-selling Porsches last year, and it’s no surprise why. Performance is paramount with the reduced ride height, recalibrated adaptive dampers and bespoke RS Spyder Design 20-inch wheels, while the latest iteration boasts a punchy 2.9-litre turbocharged engine that delivers 376bhp and a sharp gearshift when paired with the seven-speed PDK transmission. The Alcantara-lined interior adds a touch of luxury and offers more than enough room for a family. If you’re after a speedy yet stylish luxury car, you can’t go wrong with a Macan. 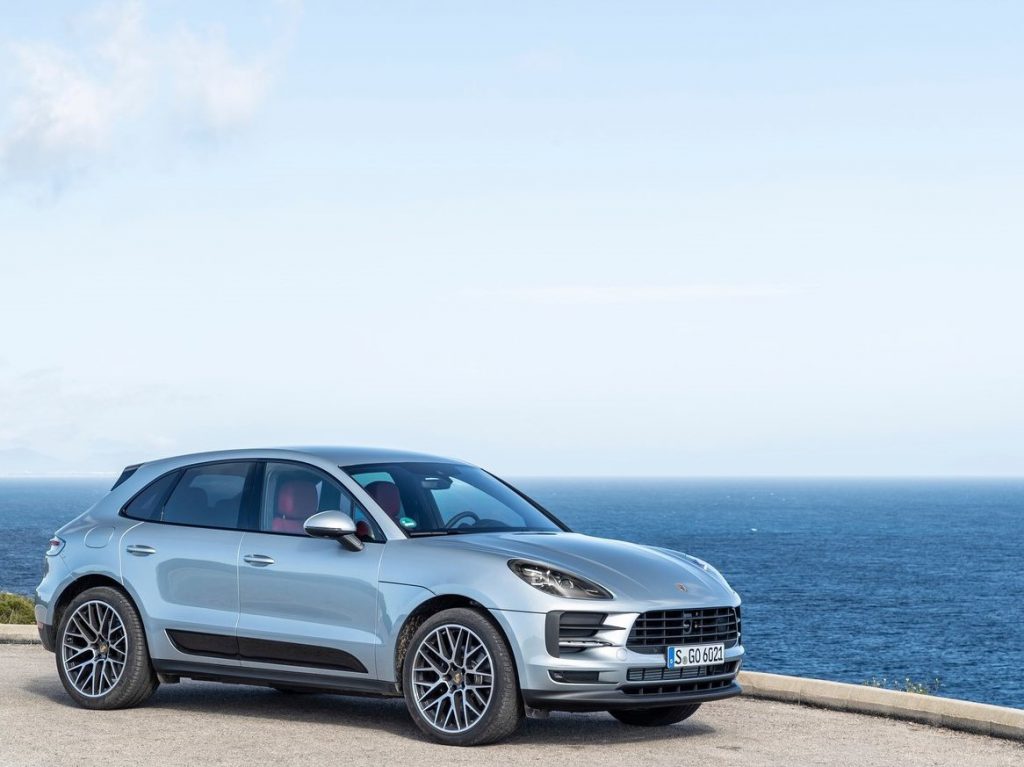 The 3 Series has been one of the most competent all-rounders on the road since it hit the market in 1975, with the compact executive car bringing optional four-wheel drive, optional adaptive suspension and plenty of seat height adjustment. BMW are well-known for blending prestigious features with high-performance systems for a stellar driving experience. All cars are well-specced with adaptive LED headlights, cruise control and three-zone air conditioning. There’s even a plug-in hybrid version that’s badged 330e, which offers a real-world range of 26 miles. 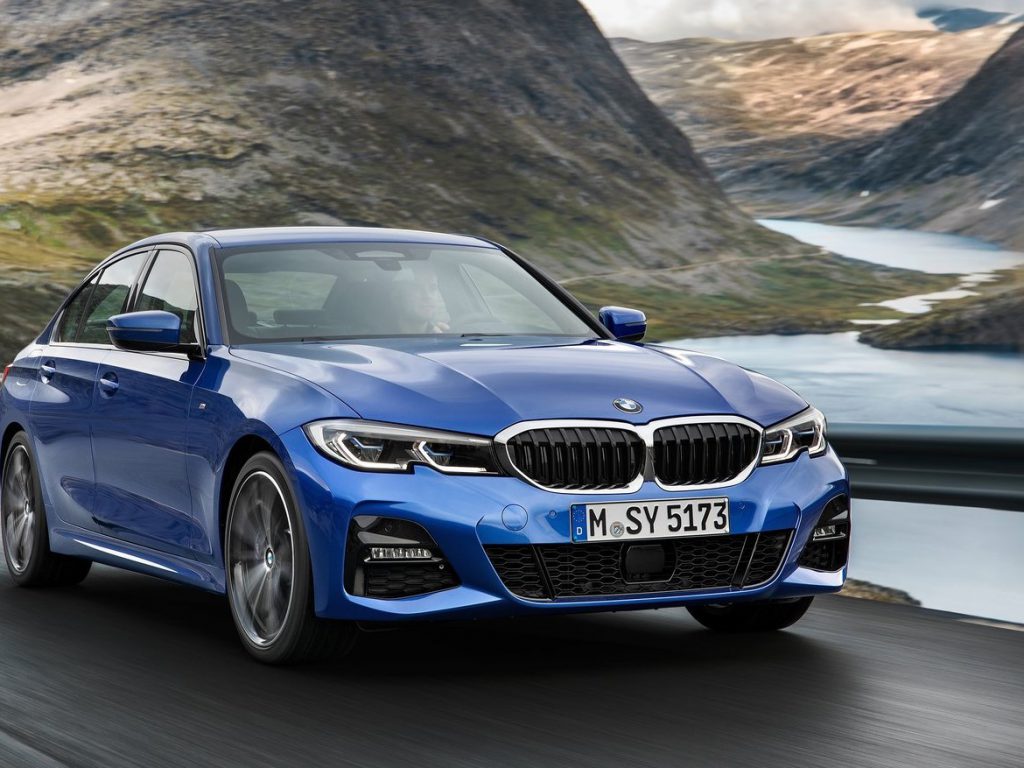 At AMT Leasing, we’re committed to providing a quality lease experience that’s tailored to you. If any of these cars has caught your eye, or you want to find out more about what German manufacturers can offer you, check out our lease deals or speak to a member of our specialist team today on 0113 387 4241.